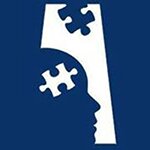 The Bull is a proud sponsor of the 2017 Brain Blitz Gala at TCU Place on November 23 in support of the Saskatchewan Brain Injury Accociation. Special guest speaker is NHL star Stu Grimson – “The Grim Reaper”.

Grimson earned the nickname for his on ice play as an enforcer in the NHL. During Grimson’s NHL career, he sustained several concussions and suffered from post-concussion syndrome during his final season in Nashville. Concerned about what may lie ahead of him from a past littered with brain trauma, Grimson keeps up to date with the research on the effects of brain injuries. For tickets and more information visit sbia.ca